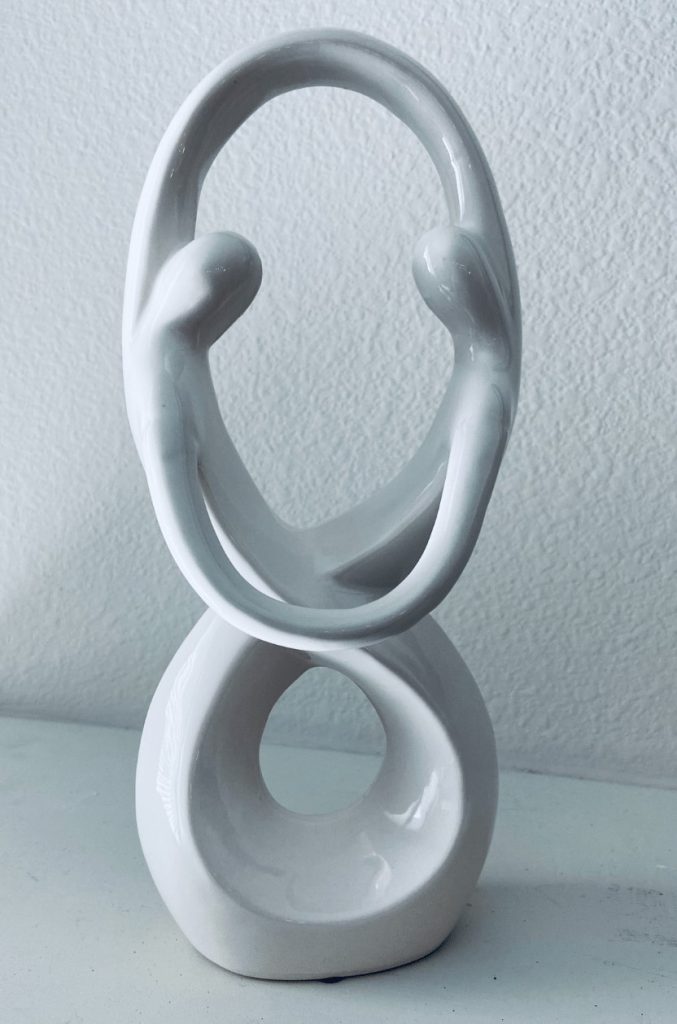 Photo Credit: Nicole Williams
Exciting news! My ex-husband got married last weekend. He and I married in 1988 and divorced in 1989. We were doomed from the start. It was just months after I graduated from college, he proposed on a park bench in Manhattan and my father refused to attend our City Hall nuptials.
Honestly, it was tumultuous from the start. Me, pretending to be a “wife” and him never pretending, at all. We were often stopped on the streets because people couldn’t resist the urge to tell him how handsome he is. For a once homely girl who could barely look herself in the mirror, he was quite a prize. He said he loved me because I wasn’t impressed with his band. We were both over our heads. I thank him for ending our marriage without fanfare. He said he was going to visit his mother and called hours later to tell me he wouldn’t be back.
I don’t know if I was genuinely crushed or was it just my ego? I was lucky to have many friends who rushed to me like medics, flocking around, pulling me up and taking me out to see the possibilities that life still held. He disappeared from my life, except when our mutual NYC hipster friends would mention they had seen him. That happened, less and less and finally there was peace. He was finally gone.
About 5 years ago, he found me on Facebook. He messaged, “Are you the Kim Green from Sony Music?” Hilarious! I was actually happy to hear from him. I’d read that he had become ill with a chronic illness, different than my own, but our bodies had both succumbed to something environmental or dare I say, emotional? We were married in the formative years of our heart’s development. Over the years, we both had had a lot of time to think about our lives and our loves, and I guess, I came up for him. We did love each other, despite the infamous Mom visit.
I am so elated about his marriage that I was moved to write about it. Even I was startled at how much joy I feel for him and his new bride. What is significant about all of this is that marriage was my rite of passage into what it means to be human. With that first “I do,” I crossed the threshold of humanity where I saw that love can be an unreliable emotion. We make mistakes. We cause great suffering in others and ourselves. People break promises. And, love goes on. Sometimes, when we are left to figure it out, we see that these are the hard-human truths. These truths unite us.
The only difference between happy people and miserable folks is simply, the happy person’s ability to free others from past wrongs. Most people are not even aware of the things they do that hurt others. We behave badly in the spirit of “self-preservation.” If you aren’t clear what that looks like, just turn on the news. It’s never pretty.
Yes, it did take time to regain all that I thought I had lost of myself. When I was finally found, I realized it was because of him that I had grown to be strong, resilient and more confident than ever. How many ways can I thank him for this gift of abandonment?
It is a sign of profound personal evolution when we can be brutally honest with ourselves and the part we play in our own agony. An evolved mind is free when it can eschew traditions that hold us back from ourselves. To love without condition is the greatest gift, of all. Once we find unconditional love in ourselves, we can love everyone despite what they do “to” us. When I think of my handsome ex-husband, I can only think of all that he did for me. That relationship emboldened me with the courage to see what I don’t want; the clarity to see what I do; the vision to wish and the guts to pursue.
It’s hard to keep promises to others when we haven’t kept our promise to ourselves. After a rocky start, I learned to live my life how I wanted to, despite what others thought. I stopped making promises that I couldn’t keep.
Hard question: What promises have you broken to yourself? Who did you want to be and then “they” changed your course? Where did you defy your heart’s wishes? I realize this is the hardest question I could possibly ask you. But your honest answer is when things will really get good… I promise.
Let go of past pains and claim your joy…it’s out there. Think only of what they have done for you, not to you.
Please vote. There are only 18 days to go…