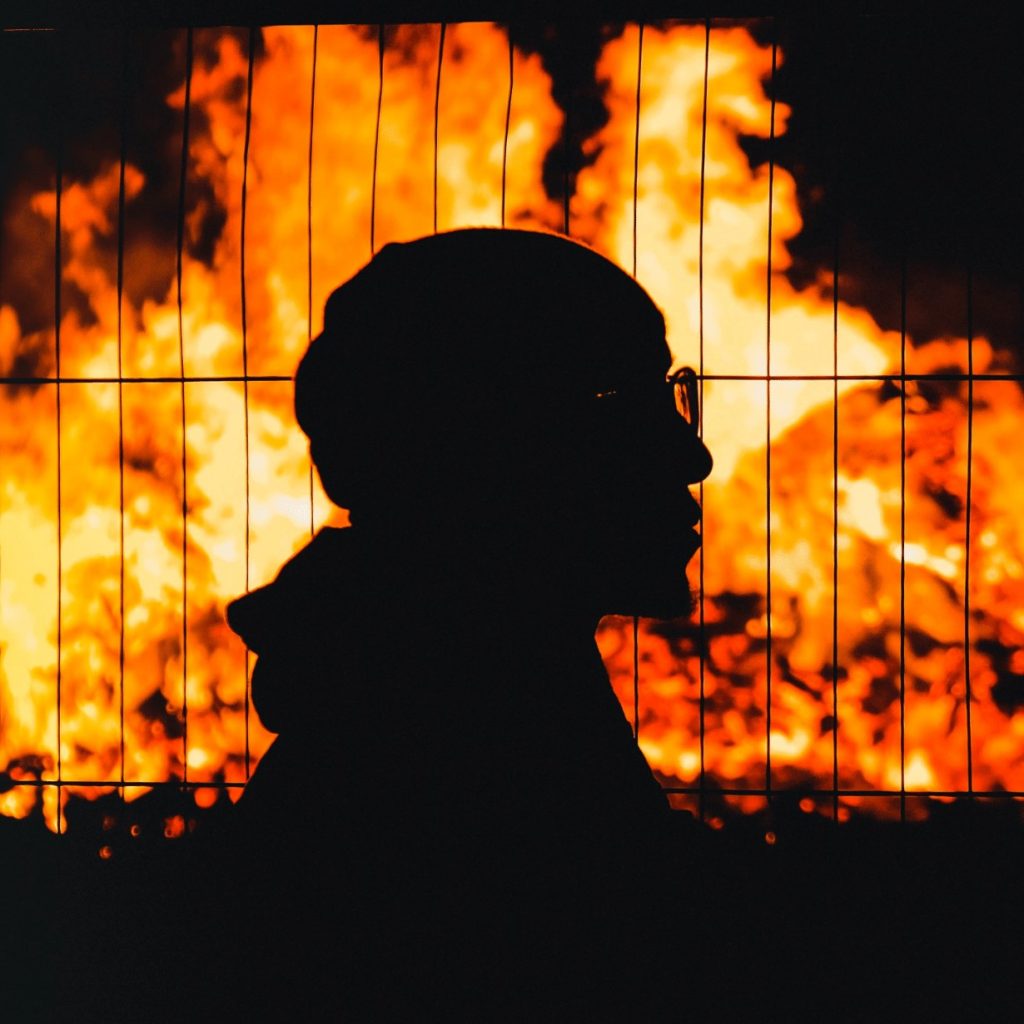 No matter how we try to avoid it, we are headed for the most significant race war, ever imagined. I so wish that I was 30 years younger and full of spit and fire, but I am not.  I am no  protestor, marcher or sign maker. But, if I were, I would be out there right now protesting the filmmakers and the record labels who just can’t get enough of images and sounds that oversexualize, deface and destroy Black and Brown humanity. The films, reality series, and urban music are over run with images and sounds of shooting, killing, raping and destroying other Black and Brown lives. It scares me. It hurts me because I know from whence these narratives came. It has been centuries of hurt, frustration, depression, betrayal, anger, defeat, lack of education, substance abuse, ignored mental illness and downright desperation which has caused all of this for people in my skin. But even more damaging has been the repetitive nature of these images on every screen that make us continue to trudge through our collective pain.

It seems there are only two kinds of Black and Brown movies that Hollywood loves to make. Either those that depict and celebrate thugs, materialism, guns, drugs and sex, or films about slavery with white actors betraying deplorable  slave masters and Black actors playing docile tortured slaves. These depressive and regressive narratives have totally lost their meaning. How many times can we tell these same stories again and again, only from a slightly different angle? I now understand why my son rejects all “Black” films as “Civil Rights.” And, he doesn’t use that term respectfully. I can see his conflict as a biracial man living the Black experience, yearning to see himself as someone other than a thug, criminal or slave on TV and in movies.

Frankly, I, too, am sick of narratives of poverty and seeing people on the screen that look like me who are either in great despair or in total oblivion. I am afraid of these dark images and stories that Hollywood loves.  Now, I must confess that, I am a proud veteran of the entertainment industry. I will always consider myself part of this dynamic and often soulful industry that shapes the very foundation of our culture. However, just like with a beloved family member, I feel that I can and should be honest because I know the authority and joy of entertainment when it is at its best. I also see clearly how the harmful images damage not only our images of ourselves and others, but they put our sustainability as a people, at risk.

I am imploring the music and film industry to ask yourselves how many more Black and Hispanic men playing thugs and Drug lords can the world take? How many more N-word laden indecipherable raps do we need to hear? And, I don’t care if they are from “the dirty South” or not. Yes, that music still makes money but to what cost? What I am about to ask of you is huge.

Hear me out. I am asking that you have the courage to understand how powerful the work you do really is. And, to understand that the world needs you and your colleagues to strive for more  consciousness and less greed. Your artists and actors are killing Black and Brown people. Too many artists are themselves dying tragic drug-related suicides or are victims of homicidal gun violence, perpetrated by their own brothers and sisters. It’s happening just like the songs and movies you distribute. Your art has become a self-fulfilling prophecy. The devastation to our community is palpable.

Would you consider a moratorium on violence in movies and music for a year? Perhaps in the year 2021? How would you do it? Simply by not greenlighting any more of these stories. Encourage your artists to write stories that do not hurt and kill but elevate. Can you imagine what a difference it would make for Black and Brown humans?  I would love to calculate how many less Black and Brown dead men there would be because of your bravery to resist the urge to continue building upon the nation’s fear and fantasies that get amplified with each movie and rap song that you release. (And just for the record, I do not buy the African American explanation that “We are just reclaiming the N-word for ourselves” argument. It’s ridiculous, unconscionable and sets our future generations up for further failure.)

Please don’t dismiss art as “just a song” or “just a movie.” It is a reflection not only of our lives but more so of our consciousness. As African Americans we can no longer let it continue. We have become victims of pure unadulterated exploitation that causes these narratives to prevail. We somehow have come to believe that Black and Brown artists only have value when they   continue to perpetuate the darkest corners of our existence. These acts of creative malfeasance have come to define us, becoming our most oppressive and familiar trademark.

Too many young Black and Brown people are being exploited because they believe that entertainment and sports are the only way. If record companies and Hollywood producers took a year-long hiatus on pushing the black-people-as-violent agenda they could change things…important things…Life and death things. Black and Brown youth need to start envisioning themselves as more than mere props to entertain the world with their physical prowess and their wizardry with words that rhyme. Let us teach these young “urban” musicians to write real songs about topics other than sex and violence…Teach them to write screenplays and TV series with authentic emotional depth and spiritual aspiration. Not drugs, money and sex…again.

I am also begging you to be brave. Tell Black and Brown audiences that you owe them an apology. You will no longer see them as a monolithic trope. Tell them that you see them and believe that they do have the capacity to love, and parent and be monogamous. That you realize that they do value education and want true love like everyone else, not just serial sex. Prove to them that you want to acknowledge their humanity. Tell them, please. They need to hear it from you. Only you can stop this “fear-of-the-black-man narrative,” which is causing too many dead or incarcerated black men, fatherless children and men that fear themselves. This is the high-cost of unfairly skewed narratives. They destroy lives and spirits.

Negative narratives are not only doing terrible damage to Black and Brown people, they are also destroying white America, by feeding them justification for their inaccurate perception.  These inaccuracies further the lies that white people tell themselves. White people, you must stop fearing Black and Brown people! Instead, direct your fear toward lies, greed, injustice and the allure of a white supremacist mindset that are debilitating your sense of truth and fairness.

Recognize that cartoonish portrayals of  Black and Brown people are tools used to dehumanize. They are the reason why “decent” white police officers can so easily shoot, maim and kill unarmed Black men. They simply don’t see us as human. Equally, it is the same hyperbolic depictions of evil gun-happy white police officers that embolden Black people to shamelessly chant, rap and sing,  “F*ck the police.”  We each see each other as animalistic predators that endanger our sense of well-being. And thanks to the scourge of violence that is rampant in entertainment, it all comes down to these harmful narratives that encapsulate our existence and what we have come to believe. These sights and sounds seep into our consciousness making it harder and harder to decipher fact from fiction.

Art has more power than we thought.  We must not diminish and dismiss it by relegating art to something that escapes accountability.   “It’s just entertainment,” you may say. But it reaches more people than news or books ever could. We turn to entertainment more than we turn to God. Art was meant to elevate humanity by illuminating the magnificence of the human experience. It is meant to guide us towards the light of what’s possible. Too many of us have been bought and sold because wisdom and elevation are not in high enough demand.  Misery, guns, blood, crime and dehumanizing others is clearly worth a whole lot more. We have to look at what turns us on.

Let us artists labor to create stories and songs that are filled with our highest angels. We can tell honest but transformative stories that will shine light on our best selves as a united human race. We no longer need excessive vulgarity, profanity and the senseless repetitive tropes of violence, division and obscenity that has brought us to this unfortunate place. We have “kept it real” for long enough.

This is what we can do. Write to our cable providers and local networks. Let them know that we are done with entertainment that only drowns us in darkness and deception. Tell them you can’t stand to see another person of color as the villain, killer, rapist, cheater, abuser, thief and drug dealer in fictional works. Tell them that you are seeking the light of humanity in entertainment. Tell them that we can and will use our economic power to disable them; one canceled subscription at a time. Tell them we see that silence is violence and they should, too.

Leaving you to write for change.