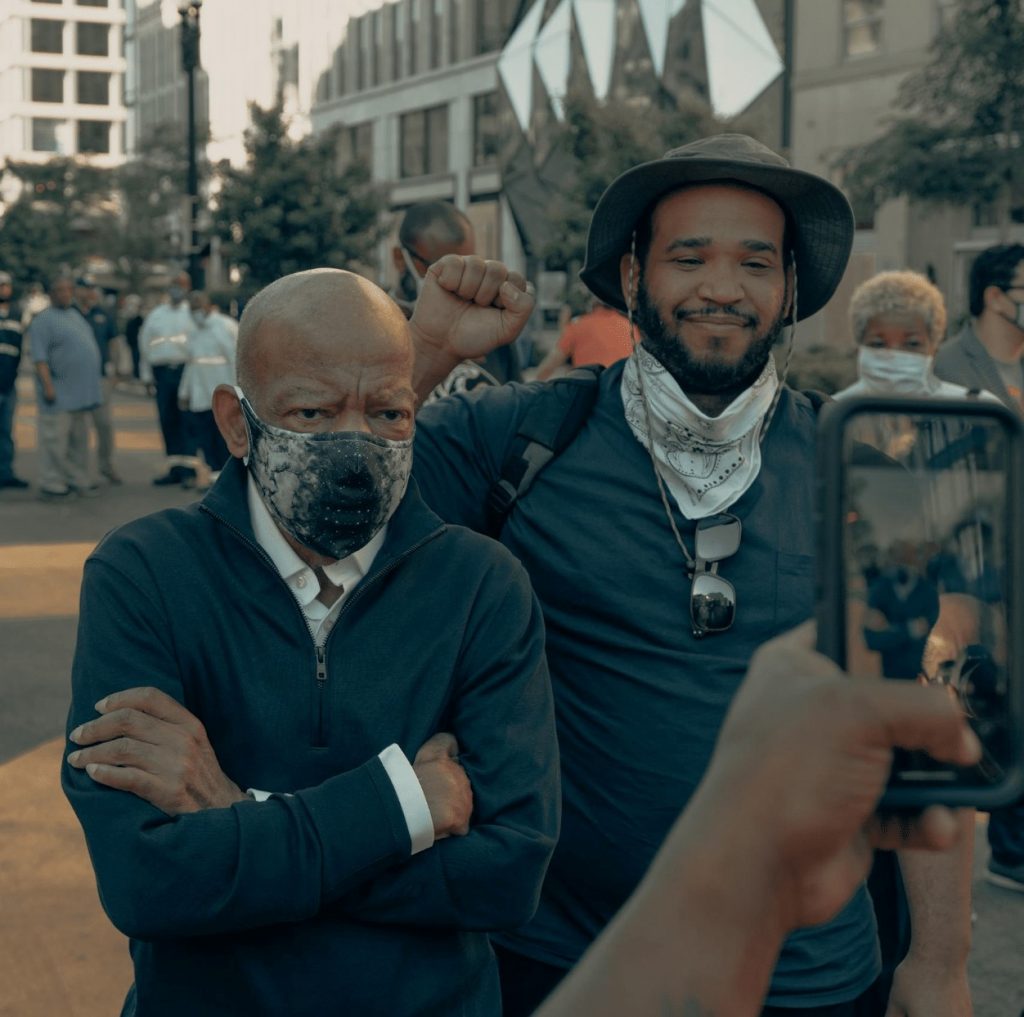 No thoughts and prayers needed at this time.

Last Friday, the Civil Rights movement cried one of the last tears left. He was a towering figure, a moral leader, the “conscience of Congress” and a titan. People from both sides of the aisle wished they could have the selfless, righteous vision of the great, John Lewis. Men and women of all calibers from red state and blue states, rich and poor all admired the man who was born a sharecropper’s son, made famous for being beaten and bloodied at the hand of Alabama state troopers. He was a man who fought back to the very end.  His name rings with the same veritas of Martin Luther King, Jr.  I mourn for the loss but more for the world that he leaves us.

To whine about the pain of our current state of affairs would be to do a disservice to the memory of a great man who so splendidly lived a life fueled only by unconditional love. He was a sight to see. Steadfast, seeing no color, no party, he just never stopped wanting to see a world that was just. It was a simple and beautiful vision.

How did you feel hearing about his death, last Friday? Were you sad? How about inspired? This is no time for thoughts and prayers. There are things that we can do that will appropriately honor a man who gave his blood to cleanse our hearts of fear, greed and hatred. John Lewis couldn’t rest until we are all free of the racism scourge that suffocates all of us. Sadly, even his precious blood wasn’t enough. What will it take?

I want to dream that America will do the right thing in the wake of losing this momentous  figure in our history. I have a dream that the  Edmund Pettus Bridge in Selma, Alabama will be renamed to honor a great man, not a Grand Dragon of the Ku Klux Klan, for which the Edmund Pettus Bridge was named. Imagine, if you will, The John Lewis Bridge. A bridge that once reminded us of pain, now reminding us of peace, relentlessness and love.

I have another dream that instead of  any one of the blood-stained confederate  monuments built to uplift slaveholders and Klansmen, there is an artist somewhere taking his time and creating a monument that will be John Lewis. The artist in my dreams is carving that perfect bald head, bountiful lips and serious eyes. This skillful artist is right now at work creating a vision that will remind all that a man will go through for love. This piece of art will detect no bitterness, just  hope that the ghost of segregation would disappear in our consciousness, forever.

John Lewis was a symbol of all that is good in the world. He believed only in love. That was his most simple foundation. He never stopped fighting, protesting and marching because his eyes were clear: what he saw was just not right.

John Lewis was a visionary. He fought for everything and for everyone who was oppressed. He fought for gun laws, voting rights, LGBT and even trans rights in the military. He saw no color, no need for divisions of any kind. He resisted the flawed reasoning for segregation, always asking why? In response, he took the beatings, rose and asked again. Why? He did it all to remind us who we can be.

As a young man, John Lewis’ mother always warned about his dangerous need to see justice served. She warned her stubborn and determined son about getting in trouble…She warned him about speaking up. She said that he would get hurt or killed. And in response he said, “Never be afraid to make some noise and get in good trouble, necessary trouble.”

Instead of asking what we can do, we know what we must do. Have courage. Now’s the time, tomorrow is too late.  John Lewis was here. He did what he did for us to show us how it’s done. We all can’t be titans, leaders, civil rights heroes to the magnitude that he was, but I remind that  there are the small acts that mean so much more than thoughts and prayers.

Fight with clarity about what’s right. Forget what party you are in. Vote for what’s right and just. It will be the most necessary trouble you’ve ever gotten into. I can hear John Lewis saying, “That’s what I’m talking about.”

Leaving you to dream of the force that is John Lewis.